Málaga on the Costa Blanca

Málaga is the capital of the Costa del Sol. Its beaches are washed by the Mediterranean Sea and behind the city, the rounded mountains of Málaga rise, an area protected as a Nature Park and the first rung of the steps that make up the mountain chain of the Cordillera Penibética. Inhabited since the time of primitive man, Málaga has been the settlement of the most prominent Mediterranean cultures. The city today is a legacy from the Phoenicians, Greeks, Romans and Moors.

Its cosmopolitan character is evident in the chronicles of the travellers from all times who mention the impetus of its merchant port, the clemency of the climate and the lively character of its people. Pablo Picasso, the city's favorite son, always kept his home town Málaga in mind; this can be seen in the luminosity and exigency of his work. The Nobel Prize winner Vicente Aleixandre called Málaga the "City of Paradise". Aleixandre, the same as Jorge Guillén, Rafael Alberti, Gerald Brenan, Ernest Hemingway and many other writers who were not born in Málaga, felt at home in this city.

The first marks of the city can be seen around the disinterred Roman Theatre. Mount Gibralfaro rises from here to the site of the Moorish Alcazaba castle, surrounded by Spanish Moorish Andalusian gardens and flowerbeds that protect palace rooms like the Granada suite. The Christian conquest gave a new impetus to the urban development of the city and it expanded toward the banks of the river Guadalmedina. The building of the Cathedral took place during one of the most interesting episodes of the contemporary history of the city, and is of course one of the great assets of the city.

Málaga enjoys a mild climate offering over 3,000 hours of sunshine a year and an average temperature of 22°C. With the surrounding mountains, protecting you from the sometimes excessive inland heat, and with the cool breezes from the sea, Málaga is an ideal environment for both the cosmopolitan city dweller and for tanners or joggers at the beach, both the permanent residents as well as for the many visitors. The traveller and geographer Ibn Batuta (1304-1368) wrote of Malaga, "It is one of the most beautiful capital cities in all Al-Andalus. It combines the advantages of inland regions with those of coastal cities".

Add to this the variation of ancient and medieval monuments, art museums and galleries, Andalusian festivals and traditions, Spanish gastronomy and crafts etc., Málaga is undoubtedly a major hub for the Costa del Sol region. A variety of sport activities can also be found nearby. For those who enjoy Spanish football, the Rosaleda stadium is the place to go. Independently if you are a Real Madrid C.F. or an F.C. Barcelona supporter, they and all the other teams are to be seen here during the season.

The Málaga International Airport is among the busiest, especially during summer, offering quick and easy access to all major European hubs and cities. The port of Málaga is of strategic importance, due to export and import of foods and goods. Many of the major cruise liners also visit the harbor frequently, offering their passengers a visit to remember. Local transport and infrastructure is modern, clean and very convenient. Via the motorway by car or bus, or by the local beach train between Málaga and Fuengirola, there is quick access to the smaller towns along the coastline in matter of minutes. 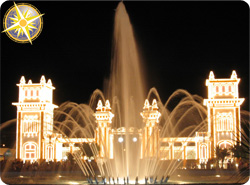 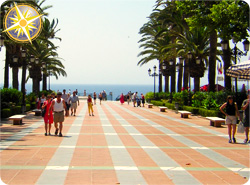 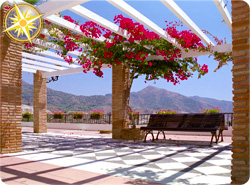 Secure online reservations of plots and properties are available. Ask for your reservation code.